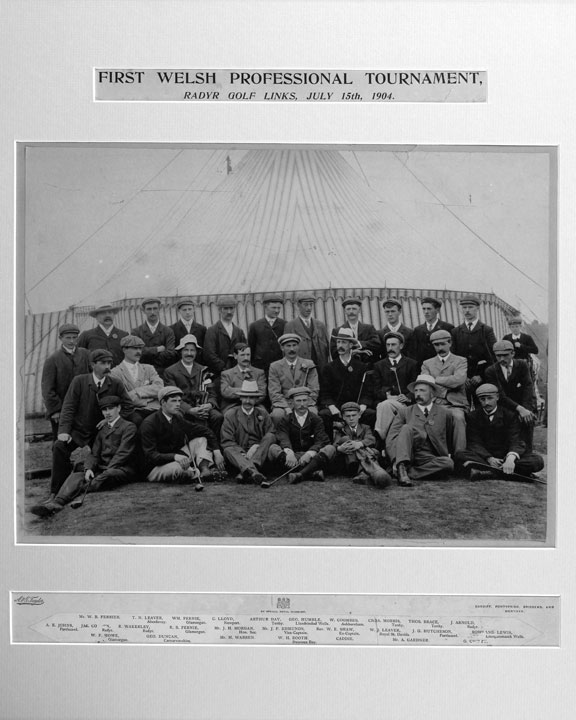 The PGA Welsh National Championship sponsored by Asbri Golf will return to its birthplace in 2015, when the acclaimed Radyr Golf Club hosts the event from 8th – 9th July.

Radyr has staged the championship on 5 previous occasions and 1904 saw the first PGA Welsh National tournament competed for on the North Cardiff course.

Asbri Golf have extended their support for another 3 years and have also been appointed as Official Suppliers to The PGA as part of the agreement.

Eryl Williams, Managing Director of Asbri Golf commented, “After two magnificent years at Royal St David’s, Harlech, we felt it was only right to move the tournament to South Wales this year. We have a very close working relationship with all the team at Radyr and know they will stage a fantastic tournament. The course is always in exceptional condition and will be a great test for the players. It’s fantastic to give something back to the Welsh Professionals who continue to support our thriving business and we are thoroughly looking forward to the week.”

Jeff Price, Club Captain of Radyr Golf Club, endorsed Eryl’s words, “It is a great honour to host the 2015 PGA Welsh National Championship and we would like to thank sponsors Asbri Golf, our Head Professional Simon Swales and the PGA for facilitating its return to Radyr. Harry S Colt designed a great layout all those years ago and it is a course that has stood the test of time and continues to improve each year. I look forward to the week and seeing some of Wales’ leading professionals in action”

The PGA has also welcomed Asbri Golf’s continued support of the tournament which is the oldest on the national PGA schedule.

Ben Groutage, Head of Tournaments, said: “We are very excited that this year’s Welsh National PGA Championship is returning to Radyr GC – the host of the inaugural Championship over one hundred years ago. With the continued support of Asbri this Championship remains a prominent part of our National PGA schedule. This year’s pre-tournament pro-am offers a great opportunity for amateurs to play alongside some of best professional golfers in Wales and will be the start of what promises to be a great week of tournament golf.”

As part of the event a Pro Am will take place on Tuesday 7th July with spaces expected to be snapped up. For more details about the Pro Am and the event please contact Club Professional Simon Swales or Club Manager Steve Dance on 02920 842408 or visit www.radyrgolf.co.uk