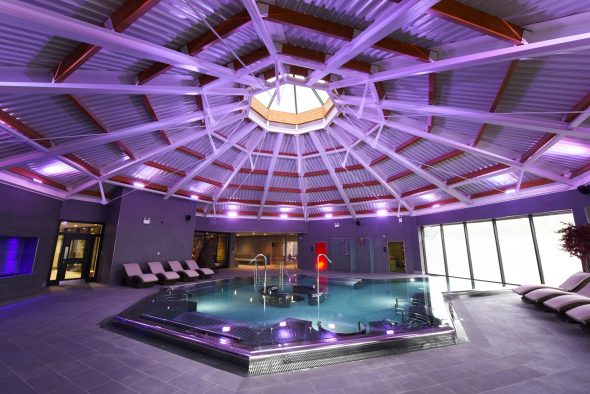 One of the UK’s most luxurious spas has just opened its doors at a leading North East  country house hotel, as the final stage of a £16m investment.

The Spa at Ramside, based at Ramside Hall Hotel, near Durham opened to the public on August 15, offering some of the best facilities the region has ever seen.

The launch of the spa, which has created around 60 new jobs, follows on from the creation of a second championship golf course in 2014 and a new wing of 47 bedrooms at the hotel which opened earlier this year.

Along with its five pools – including a 25 metre swimming pool, outdoor vitality pool, balcony infinity pool and one of the UK’s largest hydrotherapy pools – the spa also has a thermal suite offering a range of facilities and a specialised Sleep Sanctuary retreat with soundwave therapy beds.

The thermal suite includes an Herbal Infusion Sauna, Himalayan Salt Steam, Aroma Steam, Caldarium and a Sunken Amphitheatre Sauna with the spa also home to a state-of-the-art Fitness Suite which will offer a programme of more than 40 classes every week.

“The interest we have already had in the spa has been phenomenal,” said Jill Russell, Spa Director.

“And we are so excited to be able to finally show off what is undoubtedly going to be one of the finest spas in the country.”

Other facilities include 14 treatment rooms, a Rasul mud chamber and a beauty snug which can also be booked exclusively for special occasions with use of the pedicure thrones, nail bar and make-up parlour.

The Spa at Ramside also has its own hairdressing salon by Reef and an Asian Fusion restaurant which will offer a variety of snacks and meals throughout the day.

Bookings can be made by calling 0191 375 3088. For further information visit www.ramsidespa.co.uk