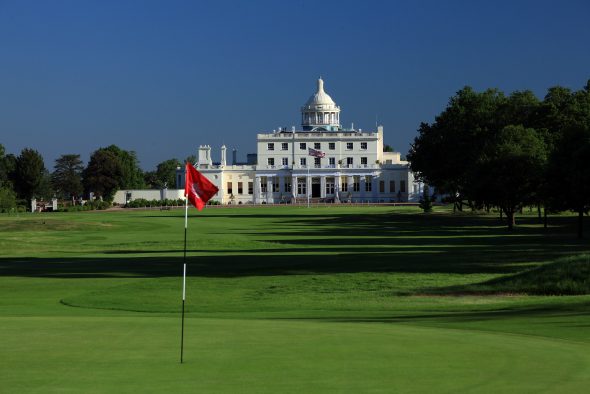 The five-star Stoke Park Country Club, Spa & Hotel, in Buckinghamshire, is encouraging women to get into golf by participating in the worldwide Women’s Golf Day in June – one of only three UK venues to be taking part.

Originating in the USA, Women’s Golf Day is a one-day, four-hour event for females to engage in the sport and is an opportunity for any girl or woman to try golf for the first – or 50th – time in a fun, non-intimidating environment.

And there’s no better place for women to start than at Stoke Park, which has one of the most active ladies’ sections in the country. On June 7, between 4 and 8pm, the team of highly qualified PGA professionals at Stoke Park – one of just two five-AA Red Star golf clubs in England – will be on hand to deliver an inclusive, fun, structured programme on all aspects of the game, female non-members of all ages.

The club’s head of instruction, Stuart Rank, said: “There is a very proud history of women’s golf at Stoke Park. Indeed, when the club opened in 1908 women were encouraged to play by the then-owner Nick ‘Pa’ Lane Jackson, and it’s an ethos we continue to this day.

“We have a thriving ladies section here at Stoke Park, with more than 120 members, and we remain as keen now, as our founder did more than 100 years ago, to get women and girls playing the sport. It’s a great place for women to start as it’s very female-friendly and the off-course facilities will also appeal.

“Our programme on the day will be very relaxed – there’s no dress code – and will give a gentle and enjoyable introduction to the sport. Ladies who come here are often very surprised about how relaxed and friendly Stoke Park is.

“I think the problem women’s golf faces currently is highlighted by the fact that just one other UK venue has signed up to this Women’s Golf Day initiative. It shows that, at some clubs at least, there is still a long way to go for women golfers.”

Many of the big names of women’s golf played at Stoke Park in the early years of the 20th century, while Ladies v Men matches at the club date back to 1912. Joyce Wethered – later to become Lady Heathcote-Amory – who played in the Ladies v Men matches, is perhaps the best known lady golfer of that era to have played at Stoke Park. The great Henry Cotton called her “the finest golfer I have ever seen”, and she was British Ladies champion four times and the English Ladies champion five times in the 1920s.

Six-time US champion and World Golf Hall of Fame member Glenna Collett was another who played at Stoke Park, while, Diana Fishwick – mother of Sky Sports golf pundit Bruce Critchley – one of the dominant figures of ladies’ golf between the mid-1920s and the 1940s, was also a regular visitor to the prestigious venue.

Rank added: “While we don’t expect any of our visitors on June 7 to go on to play the game to the level achieved by these leading ladies, there’s nothing to stop them enjoying the sport for the remainder of their lives and using it to keep fit into the bargain.”

The current crop of girl scholars at Stoke Park – seven of the 15 scholars are girls – are currently making waves of their own. Four of them are in the England regional set-up, while the other three all play county events, while Thalia Kirby, at just 15, became the youngest winner of the adult Bucks county championship.

And the influx of scholars has also benefited the club’s ladies’ team which has won the Bucks Challenge Shield – an inter-club knockout team competition – for each of the last three years.

Rank concluded: “We expect the opportunity to receive free coaching at Stoke Park to be quite popular so we would recommend registering attendance in advance as spaces will be limited on the driving range.”

Stoke Park Country Club, Spa & Hotel is one of just two five-AA Red Star golf clubs in England and the historic land on which it stands is recorded in the Domesday Book of 1086. It was awarded the accolade of ‘Ultimate Members Club’ at the annual 59club Service Excellence Awards last year.