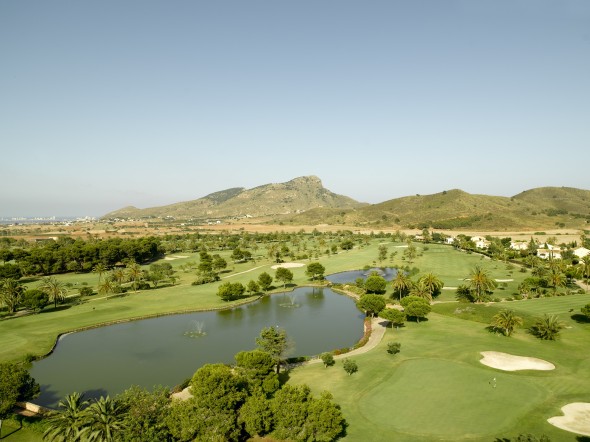 European number one Matthew Jordan will head a world-class field in the prestigious Copa S.M El Rey at Spain’s La Manga Club, which will take place from February 28 to March 4.

Jordan, a member of Great Britain and Ireland’s 2017 Walker Cup team, is one of five players ranked in the world’s top 50 that will be bidding to follow in the footsteps of an illustrious list of former winners, including Masters champion Sergio Garcia and fellow Major winners José Mari̒a Olaza̒bal and Darren Clarke, by winning the Spanish International Amateur Championship.

The 22-year-old, a member at Royal Liverpool and ranked 17th in the world, will be one of 21 English players in the 115-man field who will be chasing victory on La Manga Club’s renowned South Course.

Ireland’s nine players will be led by Dundalk’s Caolan Rafferty and Mark Power, the Irish boys’ champion, but the home nations will face strong opposition from an international line-up that features players from 21 different countries.

Heading the Spanish challenge will be Angel Hidalgo Portillo, ranked 33rd in the world and winner of the tournament two years ago, while world number 43, Norway’s Kristoffer Reitan, will also be among the favourites to lift one of Europe’s most sought-after titles.

La Manga Club’s South Course is the ideal venue for the continent’s rising stars to put their skills to the test, with the 7,149-yard layout having hosted numerous high-profile tournaments in the past including the Spanish Open five times.

The Spanish International Amateur Championship, which was won by Ireland’s Reeve Whitson when it was last held at La Manga Club in 2013, will begin a busy period on the fairways for Europe’s leading sports and leisure destination.

As well as staging the PGAs of Europe La Manga Club Pro-Am for a fifth successive year from April 30 to May 4, the resort – named Europe’s Best Golf Venue at the 2017 World Golf Awards – will also host the prestigious IAGTO Trophy from May 24-26, and the 22nd edition of the popular Footballers’ Golf Classic in early June.

Three times the size of Monaco and nestling in an exclusive corner of Murcia in south-east Spain, La Manga Club has been at the forefront of European golf since opening in 1972, with its facilities including three 18-hole courses, a nine-hole academy course and outstanding practice area.

The official overseas training base of the Lawn Tennis Association (LTA), the resort’s unrivalled extensive other facilities include a 28-court tennis centre, a new European Cricket Performance Centre and a 2,000sqm Wellness Centre. In addition, it features the choice of a five-star hotel, four-star serviced apartments and townhouses and more than 15 bars and restaurants.

For more information on La Manga Club and to book, visit www.lamangaclub.com