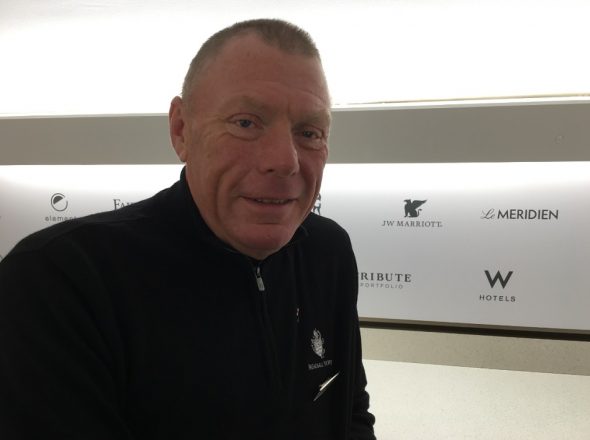 Welcoming more than 40 golfers with a range of impairments, the golfers competed in three handicap categories over 36 holes. Horsley opened day one with two-over par 74 on the Kings Course, followed by a day two on the Earls where he quickly took the lead with two eagles on par fives, but dropped shots pushed his score to eight-over 80. Horsley also won the Category One handicap prize with his two-under net score and took home the title by the slight margin of one stroke, narrowly beating George Groves of Copthorne, Sussex.

After the success of the tournament, Horsley commented: “It’s been a great weekend of golf on two superb courses playing with stiff competition. I got off to a good start on the first day and unsurprisingly, the British weather kicked in on day two. It was a close game in the end, but I’m extremely proud to have taken home the title. Breadsall Priory have been incredible, supporting me every day with my training before I begin work, even turning the lights on the range for me during those early 6am starts.”

After the success of the tournament, England Golf will take sole responsibility of the English Disability Open in 2019 with the hopes of shaping the event with disabled golfers in mind.

For more information on the English Disability Open and full scoreboard for the event, click here.