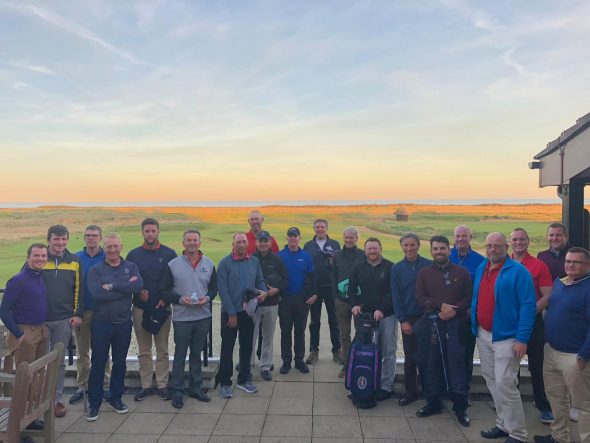 Golfers from across Europe descended on Prince’s, Royal St. George’s and Royal Cinque Ports last month to battle it out in the Championship Links Team Challenge.

The fourball better ball mixed team event in early November spans three days of golf on some of England’s finest championship links golf courses, with a round at each of the prestigious links courses on the east Kent coast.

Royal St. George’s is rated as the top course in England and will host the 149th Open Championship in 2020 while Royal Cinque Ports has also hosted the Open on two occasions.

The annual tournament attracts a host of visiting golfers to the south coast, with many of the pairs made up by international players in addition to golfers from around the UK.

Included in the tournament package are prizes for the winning pair each day and the overall champions, as well as a famous lunch at Royal St. George’s and two nights’ accommodation in The Lodge at Prince’s.

Rob McGuirk, General Manager at Prince’s commented: “It’s fantastic to see so many players travelling to Prince’s to compete in this tournament from across Europe and beyond.

“The event has been extremely well supported and provides golfers with a great opportunity to play three of the finest courses in the country while enjoying superb hospitality; we plan on ensuring it runs for many years to come.”

2018 marked the second staging of the Championship Links Team Challenge. The winning pair overall was Greg Bull and Tyrone Paulsen from Germany who returned the best score of the week in the final round at Prince’s, scoring 47 points to win with a 130 stableford point total.