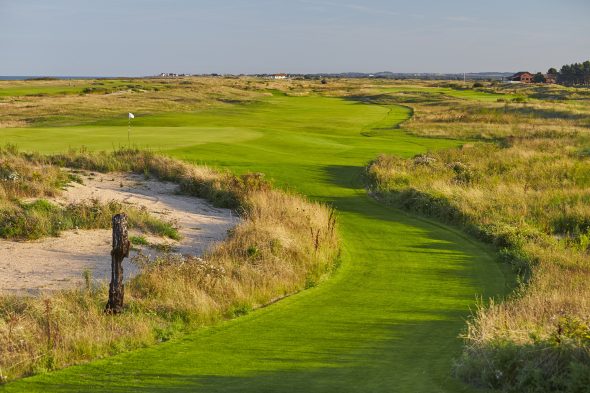 Prince’s Golf Club has risen an impressive 10 places into the top 50 of Golf World magazine’s latest Top 100 England rankings following the redevelopment of its Himalayas nine.

For the first time, panellists considered the Dunes and Himalayas as the preferred course out of the three loops of nine at Prince’s, emphasising the quality of the works undertaken when turning the Himalayas into one of the finest stretches of links golf in the country.

The Sandwich club enlisted internationally renowned golf course architects Mackenzie & Ebert to handle the changes to the Himalayas, and work has already begun on improving the Dunes nine which will have bedded in well ahead of the next set of rankings.

Rob McGuirk, General Manager at Prince’s, commented: “This ranking certainly gives validation to the work we have done so far and shows that we are continuing to take steps in the right direction.

“We are thrilled with the reimagined Himalayas nine and I still believe that we have the potential to go much higher with the plans we have for the Dunes and Shore nines.”

Golf World has been publishing its course ranking lists for almost 40 years and boasts an extremely experienced review panel that includes more than 30 golfers.

Prince’s jump of 10 places up to no. 49 made it the second highest climber as the judging panel heaped praised on the new Himalayas layout.

A new signature short par-3, with the backdrop of the English Channel, is one of several notable changes, while extensive improvements to the bunkering, water hazards, green surrounds, out-of-play areas, tees and clearance of trees have upgraded the visual and playing aspects of the course.