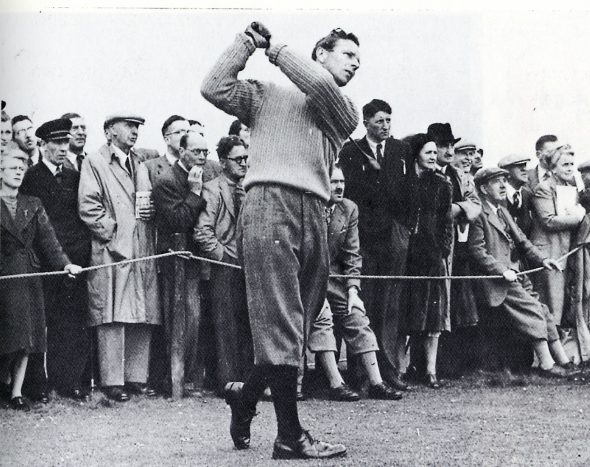 The distinguished competition takes place on Wednesday 10th April 2019 at Prince’s and entry is open to all boys and girls aged between 8 to 13 years old on the day of the event.

Laddie Lucas, whose father co-founded the club in 1906, was an avid patron of junior golf and set up the event more than 25 years ago.

Junior golfers from around the country compete for the hickory-shafted Spoon; the club that Laddie used as a boy to win a competition with aged six and make a hole-in-one aged nine.

Rob McGuirk, General Manager at Prince’s, commented: “The Laddie Lucas Spoon is an extremely important event to us and is a big part of the history and legacy of Prince’s Golf Club.

“By providing entry, free-of-charge, we aim to continue Laddie’s vision for this event as open to all, regardless of background, and played in the spirit of the rules and etiquette of the game.”

Born at Prince’s, Laddie grew up playing at the club and went on to become a celebrated fighter pilot in the RAF, Conservative MP and successful businessman, as well as an excellent writer and highly talented golfer.

Famously, Laddie was forced to make an emergency landing during World War 2 on the grounds of Prince’s after navigating his way home across the English Channel in a badly damaged Spitfire.

Complimentary entry to the event, via a ballot, includes lunch and although primarily an 18-hole, scratch stableford competition, there are various handicap competitions and prizes to be won based on age.

Discounted accommodation packages are also available for the event at The Lodge at Prince’s and in addition to the Laddie Lucas Spoon there is also an adult and junior pairs competition on Tuesday 9th April.