Last week, Luke Donald was quoted as saying he’d like to see more European Tour events played in England.  Asked a leading question, it was a natural and predictable response from the Englishman. In the past, Paul Casey, Ian Poulter, and probably several others have answered the same way. 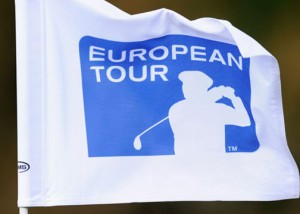 As an Englishman myself, it’s easy to lament the gradual (or not so gradual) decline in the number of Tour events played in England over recent years.  Yes, I know the Ryder Cup successes and standard of our golfers wouldn’t be the same if it weren’t for the development of the European game, but it still seems a shame that only two events will be hosted in England this year: The BMW Championship at Wentworth and The Open at Royal Lytham.  Given that The Open returns to Muirfield in Scotland in 2013, that’ll reduce to one.

I’m honestly not having a pop at any players in particular here, but while it’s all very well publicly stating their desires for more tournaments in England, I can’t help but wonder whether they would actually support it if the opportunity was presented to them. Why?  Money, of course (oh, and perhaps the weather).  Beyond the privilege and immortality that comes with collecting a Major, the rest of the year is all about the filthy lucre.

Professionals set up their annual schedules to work around the “biggest” (i.e. most lucrative) tournaments, which usually equate to those with the most world ranking points up for grabs, conveniently. This is perfectly natural, given the rich rewards in place for the winner of the Race to Dubai and accepting that this is their job after all. The problem is, though, that hosting a European Tour event and setting up a course that will lure the world’s top players, therefore requires untold amounts of investment on the part of the host venue and a gargantuan prize fund that would make even Croesus’ eyes bulge.

Given a Sheik or an Oligarch, this is doable.  And the Chinese appear willing to invest untold sums to bring the country global exposure, but back here in little old England not many venues have the financial clout to even get involved in the bidding. Finding a sufficiently wealthy sponsor in these times of economic uncertainty is a tall order, too.

So, bottom line, if more events were to be played here, it’s almost inevitable there would be lower commercial interest and therefore a comparably poor prize fund.  As a consequence they’d receive awkward scheduling, would probably fail to interest the big names or attract the TV audience and you’re immediately left with a second rate event.  Not much for anyone to get excited about there.

Sadly, the English players are arguably in a no win situation here. If they didn’t commit to playing a “home” tournament, they’d be criticised for only being interested in money.  If they played in the event purely to support its location and it was to the detriment of their preparation for the next Major, they’d be criticised for that, too. And this is all before the demands associated with pre-existing “sponsors’ obligations” are factored in.

Now OK, you can make the argument that many of the English players would be genuinely pleased to support an English event, and they may well fit it into their schedules, but the reality is that they’d be playing for a very small purse, in a tournament with limited kudos.

So are we left with the idea that the only way is to take Miguel Angel Jimenez lead after he personally backed the Andalucian Open?  Jimenez acknowledged that finding sufficient sponsorship during the current financial crisis in Spain was a fruitless task, so the only way to keep a European Tour event in his “home” region of Spain was to support it himself.  A noble gesture, and one that I can’t see players queuing up to replicate here or elsewhere.

Sadly, though, I can’t help but feel this is what it would take.  The more global the European Tour becomes (which it clearly is nowadays with the investment pouring in from the Middle East and Far East), the less likely we’ll see a new English event.  Of course, I am never going to suggest English players should feel duty-bound to do so, but banding together may entice the sponsors and make the unfeasible, feasible.  It’s a crude way to say it, but if the players “put their money where their mouth is” might way all have something to shout about in future?