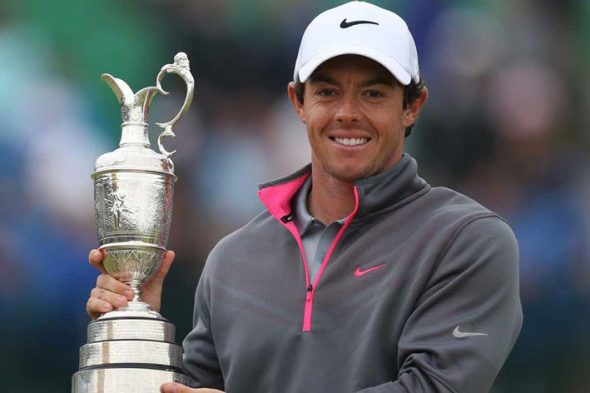 While those of us golfing through the winter in the UK have to be ready to don our woolly hats and thermals (all part of the seasonal fun!), the professionals on the European Tour are off to Dubai for the season finale.  The sight of a jumper on Tour is a very rare thing indeed these days.

Whatever happens, the number one player has already been confirmed, so you might argue that it’s not set to be the most thrilling finale, but in many ways it has been something of a newsworthy year.  Bar a shock announcement of Tiger’s immediate retirement, I imagine the big stories for 2014 have already been written (that’s bound to come back to bite me) so I’m going to take the chance of listing the headline grabbers.  In no particular order – 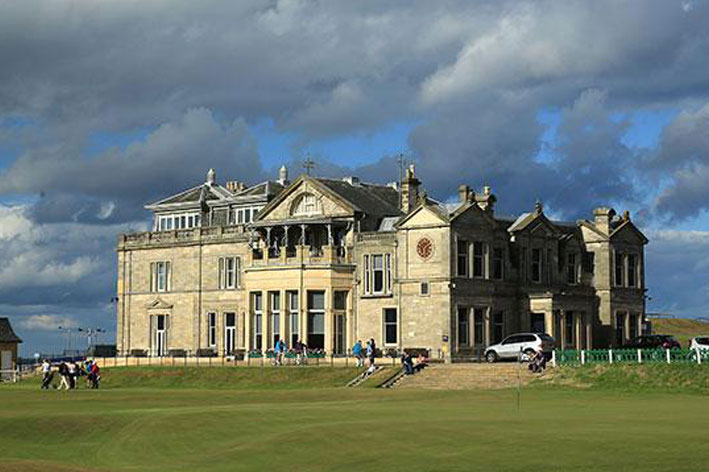 After 260 years, the R&A formally (and finally) voted in favour of welcoming women members. Unsurprisingly, Muirfield and Royal St. George’s then followed suit, announcing plans to bring in measures to become mixed clubs by 2015. 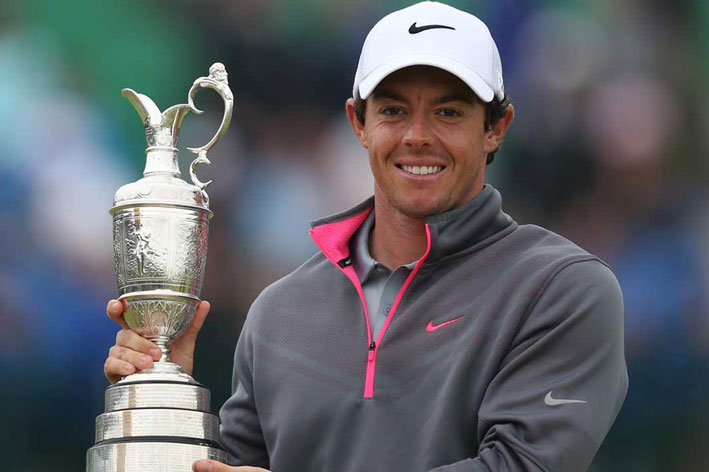 A vintage year for Rory McIlroy – an incredible performance to win the BMW Championship at Wentworth just days after calling off his engagement to Caroline Wozniacki, followed by back to back Major wins at The Open and US PGA Championship before being crowned the Race to Dubai winner. 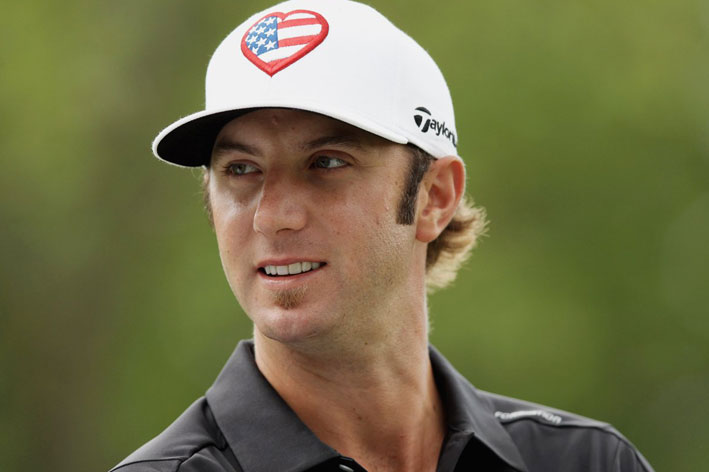 Make of it what you will, but earlier this year Dustin Johnson announced he would be “taking a leave of absence to confront personal challenges”. Suspicion is rife on the details, not helped by the PGA of America’s silence on the issue. 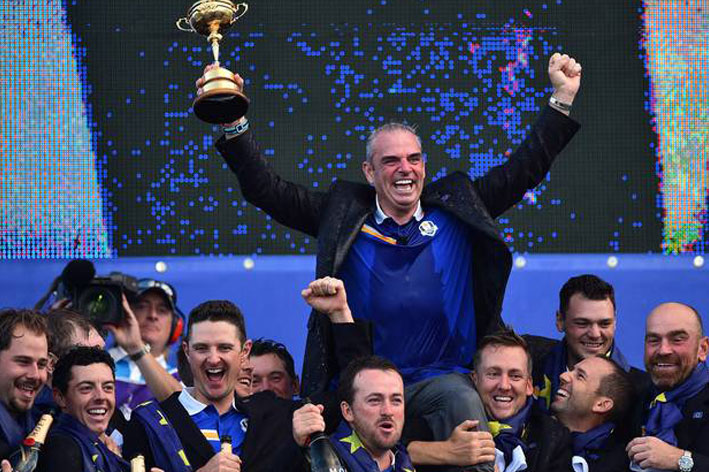 Terrific for Europe but embarrassing for the USA, as Paul McGinley guides his team to a resounding 16½ – 11½ victory over Tom Watson’s men. That’s seven wins in the last nine for Europe. 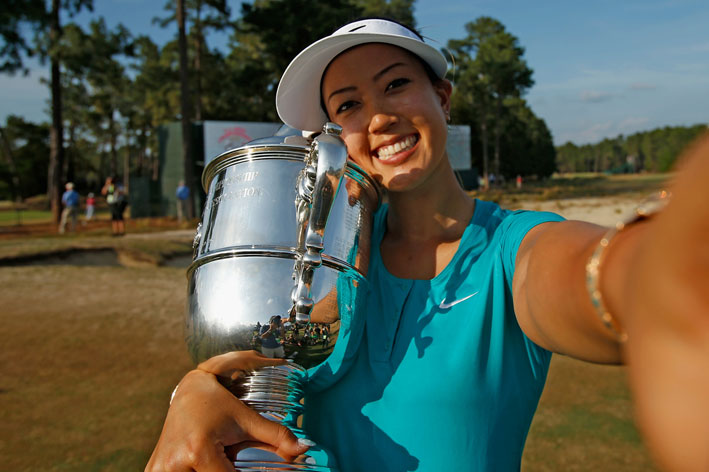 She may have been around for what seems an eternity, having played in the final group of a Major championship aged 13, but child prodigy Michelle Wie has taken a little while to fulfil her early potential.  Finally she captured her first Major title, the US Women’s Open. It was also the first time that the men’s and women’s US Opens were contested over back to back weeks on the same course. 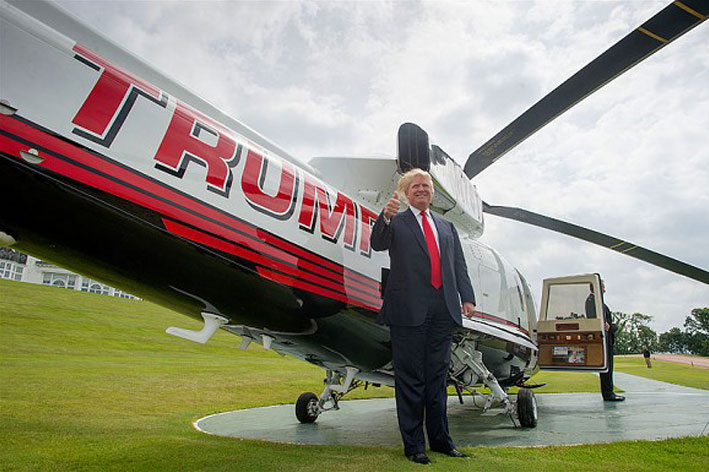 First Doonbeg ($8.7m), then Turnberry (circa $50-60m), Donald Trump splashed the cash frequently in 2014. What he does with the iconic Open Championship venue remains to be seen, and no doubt put under the spotlight. 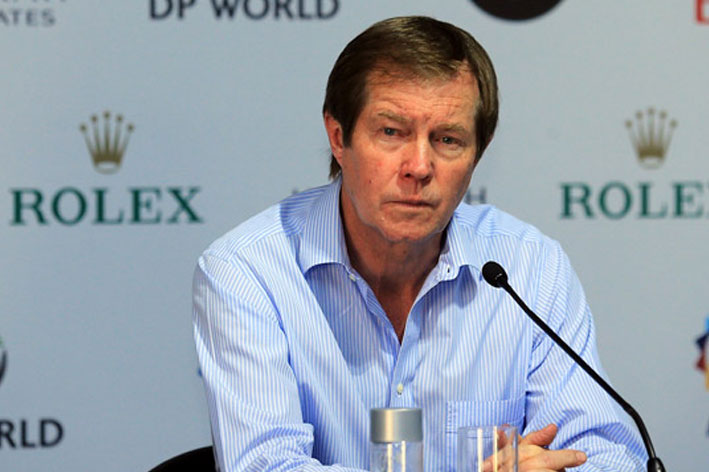 After a decade in charge of the European Tour, George O’Grady announced his decision to step down from the driving seat. In what turned out to be a rather rocky road, not helped by the effects of the economic downturn, loss of certain key events, and handling the egos of certain players, the O’Grady era will still widely be regarded as a successful one. 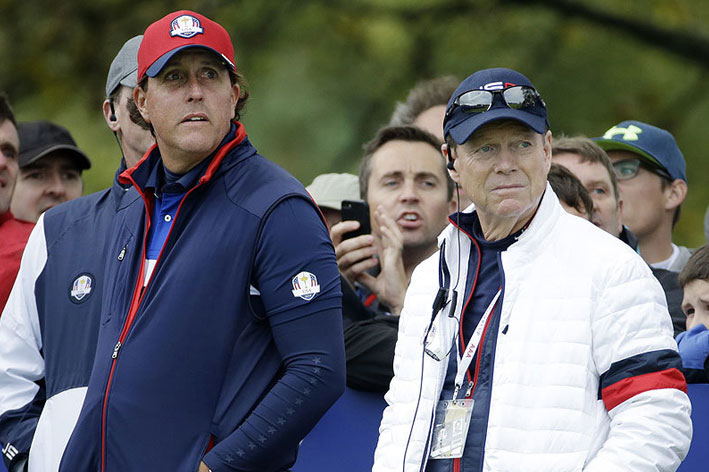 The US Team hadn’t even changed out of their golf shoes before Phil Mickelson took it upon himself to throw Tom Watson under the proverbial bus at Gleneagles, citing his poor captaincy as a reason for yet another humiliating loss. Mickelson appeared aloof throughout the week (e.g. not travelling on the team plane), and has been widely condemned by most people in the golfing media since. 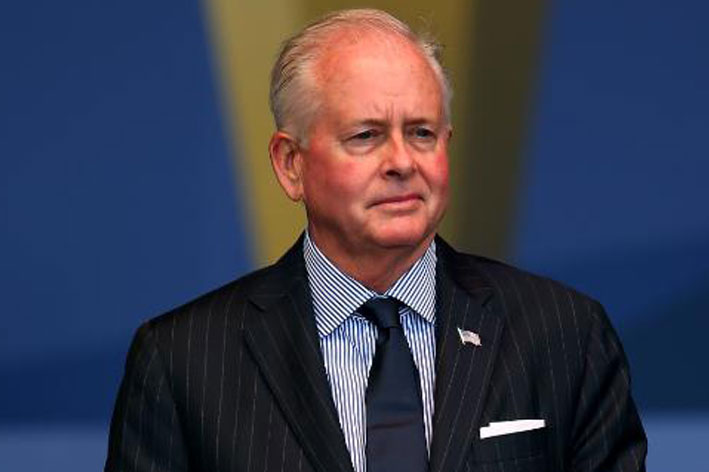 Despite never being short of an opinion, Ian Poulter didn’t really say anything too inflammatory in his new book when discussing Nick Faldo and the Ryder Cup but President of the PGA of America, Ted Bishop, decided to take offence.  Taking to twitter he delivered his own jibe and it cost him his job. #YetAnotherSocialMediaDisaster 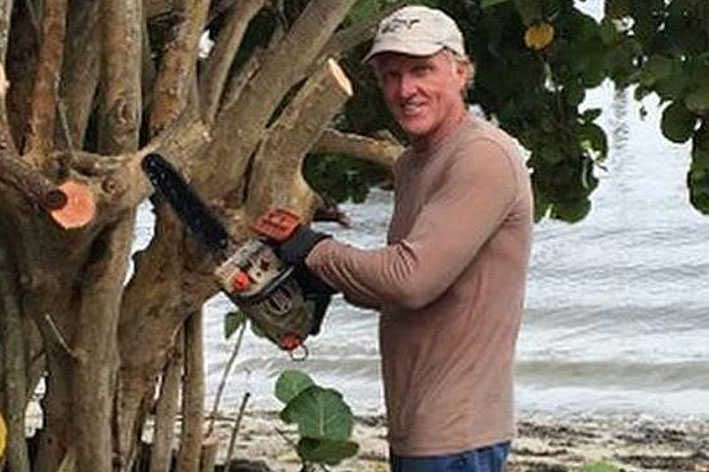 Greg Norman bears the emotional scar of several Major heartbreaks over the years and he came close to giving himself a physical one to match.  His run-in with a chainsaw earlier this year sounded pretty horrific and it was something of a miracle that he didn’t lose a limb.  Thankfully, the Great White Shark is apparently back playing tennis and golf and can look forward to playing more in 2015 like the rest of us.