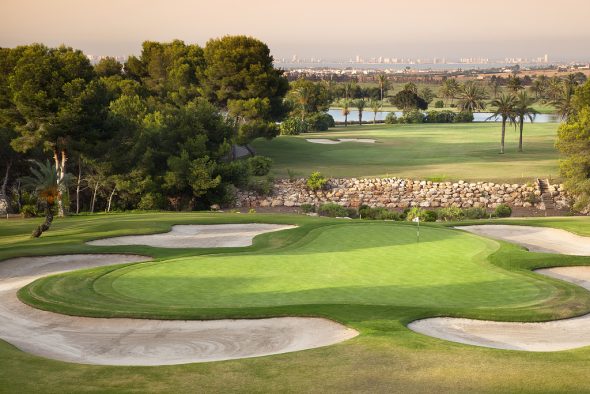 Severiano Ballesteros holds a special place in La Manga Club’s long and illustrious history and Spain’s flagship golf resort will continue its long-standing association with the golfing legend by hosting a fundraising tournament in aid of the charity named in his honour this summer.

The award-winning venue in Murcia, south-east Spain, will stage a regional qualifying event on its iconic South Course on Saturday, July 25, as part of the fourth edition of the Seve Ballesteros Challenge, a national tournament that is taking place between April and September.

Raising money for research into brain cancer, the pairs event – which is being played with a greensomes strokeplay format – costs €110 per team to enter, while golfers can enjoy a relaxing two-night stay including entry fee in La Manga Club’s four-star Las Lomas Village from just €152 per person   – based on two people sharing a room.

From humble beginnings, Ballesteros rose to become one of golf’s all-time greats, winning more than 90 tournaments worldwide including five Majors, and La Manga Club was alongside him for some of his most memorable victories.

Having made his European Tour debut at the resort in the 1974 Spanish Open at the tender age of 17, the mercurial Spaniard went on to become La Manga Club’s touring professional from 1980-85, carrying the resort’s logo on his bag when his career was at its peak.

Eduardo Ruiz, director of golf at La Manga Club, said: “Seve Ballesteros played a key part in helping establish the name of La Manga Club across Europe and beyond, and it is a great honour for the resort to be involved in a competition in his honour.

“The resort was privileged to work with one of the game’s most iconic figures during the most successful spell of his career, and staging the qualifying tournament will give members, locals and visitors the chance to discover a little of what makes La Manga Club so special as a golfing venue, and why it was so dear to Ballesteros’s heart.”

The qualifying competition is one of 37 that will be held at golf clubs across Spain this summer, with the La Manga Club winners joining the other regional victors at the national final at Pedreña Golf Club – Ballesteros’ hometown club – on Saturday, September 19, as well as receiving two nights’ accommodation in Santander.

With facilities including three 18-hole championship courses, a nine-hole academy course and a new Leadbetter Golf Academy – the only one in mainland Spain – and having hosted the Spanish Open five times, La Manga Club is regarded as one of Europe’s foremost sports destinations.

Named as Spain’s leading golf complex at the 2014 World Golf Awards, the resort was recently handed the accolade of ‘Best Golf Resort in Spain’ by UK readers of Today’s Golfer magazine for an impressive fourth year in a row.

In addition, the resort’s position as Europe’s premier golf destination has been further enhanced this spring after staging the 2nd PGAs of Europe La Manga Club Pro-Am and and 2015 Spanish International Senior Ladies Amateur Championship, while its will also stage the 19th running of the popular Footballers’ Golf Classic at the start of next month. (June).