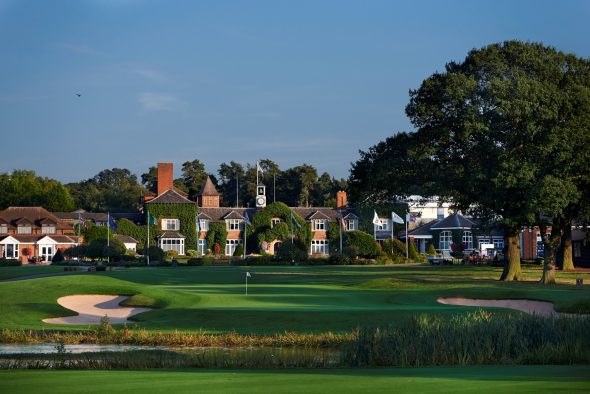 On 13-15th September, The Belfry will be celebrating thirty years since the iconic resort first hosted the Ryder Cup matches in 1985. To mark this unique anniversary, the resort is conducting a series of special activities and promotions to celebrate this historic landmark in the history of The Belfry Hotel & Resort.

The first of four Ryder Cups to have been held at The Belfry, the 1985 contest began an historic run which led to the resort becoming the world’s only-four time host of the global spectacle.

The Brabazon course, the stage of great Ryder Cup moments such as Seve driving the 10th in 1985 and Christy O’Connor’s 2-iron, will be available to all golfers looking to soak up the history of the legendary layout for an exclusive 30% reduction for any online bookings made on the three dates of the 1985 Ryder Cup, when quoting the promo code RYDER30*.

As well as getting the chance to walk in the footsteps of some of the game’s greatest players, golfers will also have the chance to make their own historic moments as they test themselves against the course setup from the 1985 Ryder Cup, with the pin placements from the event itself set up on The Brabazon across the weekend.

The Belfry will also be giving their social media followers the chance to win merchandise signed by Ryder Cup legend Sam Torrance, as well as a fourball on the Brabazon course. Torrance, who is synonymous with the Ryder Cup matches, sank the victorious putt at the 1985 Ryder Cup and is thus forever etched into the rich golfing heritage of The Belfry.

To further celebrate this momentous occasion, The Belfry will be running a #OnThisDay campaign to illustrate some of the memorable moments from the 1985 playing of the matches and take golfers back to the incredible win for team Europe.

Within the Hotel, guests will be able to enter unique competitions to win an overnight stay at the resort, as well as soak up the resort’s unrivalled Ryder Cup history with the enthralling moments from the matches displayed throughout.

There are also a number of fantastic additional offers available for both golfers and non-golfers alike to experience The Belfry; from two nights and three rounds including one on the legendary Brabazon course to Corporate Golf offerings such as a £500 prize table on the Belfry with days booked for 2016 by the end of October 2015**.

* All bookings are valid for play through to the end of 2015. Bookings would need to be made through the website quoting promo code RYDER30.

**This is only valid for bookings over £10k, booked by 31st October for any date in 2016. Subject to availability.