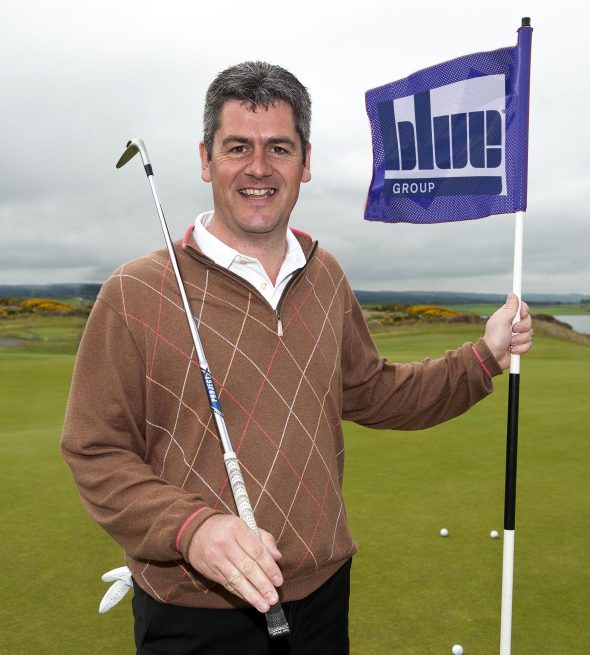 Golfers taking part in a leading Pro-Am event next week will help boost the funds of two major charities in the north of Scotland.

More than 300 golfers from across the UK, as well as from Ireland, Portugal and Doha, will play in the Tartan Tour event, which is being sponsored for the second year by Blue Group, and will again have a capacity field of 80 teams.

Organisers have decided to donate money raised at the event to The Oxygen Works, created by the MS Therapy Centre, in Inverness, which is marking its 25th anniversary this year. Proceeds will also go to support Highland Hospice, which supports people, their families and carers, living with life shortening illness.

The Oxygen Works provides a range of treatments – including oxygen therapy, physiotherapy and massage and reflexology – to help people with a number of medical conditions, including multiple sclerosis, cancer, Parkinson’s and diabetes, as well as sports injuries.

It is the only facility of its kind in the UK providing such a range of therapies and services to a diverse population of individuals and uses the only oxygen chamber in the central Highlands of Scotland.

As part of its anniversary celebrations, the centre in the city’s Burnett Road has been re-branded as it improves and expands its services.

Highland Hospice has been caring for patients and their families for 30 years. The first patient entered the day hospice in November, 1987 and a year later the purpose-built inpatient unit opened. A new, upgraded hospice opened in 2016.

Every year Highland Hospice touches the lives of over 1,000 patients and carers through direct services and support provided to others who deliver palliative care in their community.

Blue Group director Austin Carey said: “These two charities provide valuable care to many people in the Highlands and we are delighted to be able to support their important work.”

Pro-Am competitors play on successive days at Castle Stuart, home of the Scottish Open on four occasions in the last seven years; Royal Dornoch, which hosted the Northern Open last year as part of celebrations to mark 400 years of golf being played in the town; and Nairn, which has staged both the Walker Cup and Curtis Cup and this year held the international Boys Amateur Championship.

All three courses are members of Highland Golf Links (HGL) which promotes Play and Stay golfing breaks in the region.

Fraser Cromarty, CEO at The Nairn Golf Club and chairman of HGL, said: “The Pro-Am is a major event for the Highlands and provides a significant economic boost to the area late in the season.

“We also want it to leave a charitable legacy. The Oxygen Works’ change of name caught our eye and alerted us to the range of services it offers. That, and its plans for expansion in its 25th year, makes it an ideal choice for our support.

“We are also delighted to support Highland Hospice which has provided care to so many people and their families for more than 30 years.”

The Pro-Am is estimated to generate about £200,000 for the Highland economy, with other HGL partners – the Kingsmills Hotel and Culloden House Hotel, Inverness, and the Royal Golf Hotel in Dornoch – all benefiting from late-season bookings.

Blue Group, who supply world leading material-handling equipment for the quarrying and waste recycling industries, agreed a three-year deal with HGL to support the Pro-Am.

The event, which currently boasts a professional prize fund of more than £60,000, is open to teams of four players from anywhere in the world consisting of three amateurs (ladies or gentlemen) plus a professional of their choice. Teams that do not include a pro are allocated a leading player from the PGA Scotland Order of Merit.