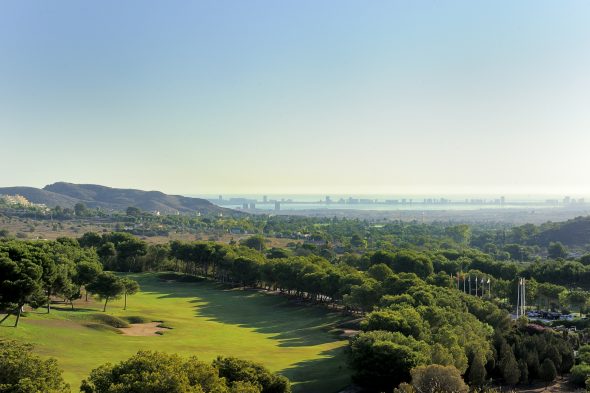 As it prepares to celebrate its 45th birthday later this month, La Manga Club has further cemented its position among Europe’s elite golf resorts after retaining its place in Golf World magazine’s influential ‘Top 100 Golf Courses in Continental Europe 2017/18′ rankings.

The newest of La Manga Club’s three 18-hole layouts, the 6,347-yard, par-72 West Course was designed by Dave Thomas and opened in 1996, and the tree-lined layout provides the ideal contrast to its older siblings at the resort – the North and the South, a five-time host of the Spanish Open.

The Top 100 panellists said: “(The course) should be further up the list. It is much more exciting than other courses among the 50-100 of the ranking and has real personality.

“It’s not even the best known in its own resort … but we like the distinctive test of this woodland course that sits on raunchy terrain.”

The new accolade is the latest award to be bestowed on La Manga Club in what has been a momentous year for the resort.

Other honours include receiving a Golf Digest ‘Editors’ Choice Award for Best International Resorts 2017′ and being voted ‘Spain’s Best Golf Resort’ by readers of the UK magazine Today’s Golfer for the sixth year in a row – while the Murcian venue recently became the first resort in Spain to feature in the Top 100 Golf Courses website’s new ‘Top 100 Golf Resorts of the World’ section.

Set across an area of 1,400 acres, the resort has been at the forefront of European sports and leisure destinations since its inception in 1972.

In addition to golf, La Manga Club is the official overseas training base of the Lawn Tennis Association other first-class facilities include a 28-court tennis centre, a 2,000sqm spa and fitness centre, a new European Cricket Performance Centre – the only one in Europe – a choice of four and five-star accommodation and more than 20 bars and restaurants.