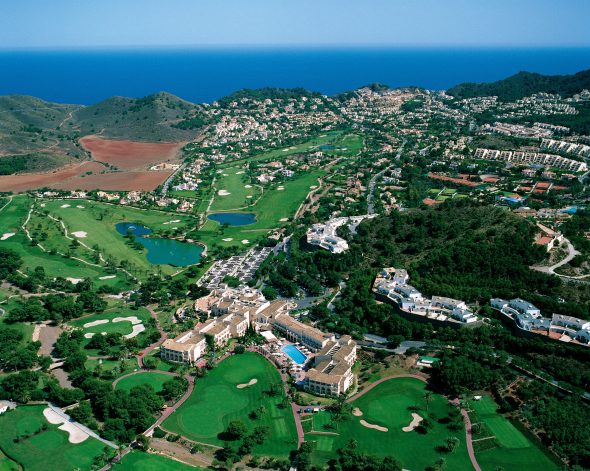 One of Europe’s most popular sports and leisure destinations, Spain’s La Manga Club is celebrating new global acclaim after winning one of the top honours at the 2017 World Travel Awards – regarded as ‘the Oscars of the travel industry’.

The world-famous Murcian venue’s five-star Hotel Principe Felipe beat off strong competition to be named as ‘Europe’s Leading Luxury Resort & Villas 2017′ at the World Travel Awards Europe gala ceremony in the historic Marble Hall of the Russian Museum of Ethnography in St.Petersburg.

La Manga Club received the accolade in recognition of its commitment to delivering outstanding levels of quality and service that it has shown over the last 12 months and José Asenjo, general manager of La Manga Club, believes the honour is reward for the resort’s continued investment in its sports and leisure facilities.

As well as opening a new children’s playground, multi-sports court and ‘The Village’ café and bar in the resort’s Las Lomas Village, other recent upgrades have included the renovation of the terrace at the golf clubhouse, the launch of a new resort app and the opening of a new European Cricket Performance Centre – the first of its kind in Europe.

Asenjo said: “La Manga Club is well-known as one of Europe’s elite sports and leisure destination resorts, and to win such a coveted global award is further evidence of the high regard that the resort is held in across Europe and the variety and standard of facilities we offer.

“We have a proven winning formula which continues to attract guests from all over the world, and this honour is testament to the desire, hard work and dedication of the team to deliver a five-star service throughout the resort.”

The new accolade is the latest to be bestowed on La Manga Club in another memorable year which has included receiving a Golf Digest ‘Editors’ Choice Award for Best International Resorts 2017′ and being voted ‘Spain’s Best Golf Resort’ by readers of the UK magazine Today’s Golfer for the sixth successive year.

The luxury sporting venue was also the only resort in continental Europe to receive acclaim in the ‘Best Golf Resort in the World’ category at the 2017 Ultras Awards – for the fourth year in a row – while the eyes of the golfing world will be on the resort in November when it stages the 2017 World Golf Awards.

Set across an area of 1,400 acres, La Manga Club has been at the forefront of European sports and leisure destinations since its inception in 1972.

Featuring three 18-hole golf courses, a nine-hole academy course and outstanding practice facilities, La Manga Club has enjoyed a rich golfing history over the last four decades. Golfing legends Gary Player, Arnold Palmer and Seve Ballesteros all figure prominently in its past, while its array of other outstanding sports and leisure amenities, bars and restaurants has helped establish it as a firm favourite with golfers worldwide.

The official overseas training base of the Lawn Tennis Association (LTA), the resort’s unrivalled facilities as a sports and leisure destination also include a 28-court tennis centre and a 2,000sqm spa and fitness centre. In addition, it also features the choice of a five-star hotel, four-star serviced apartments and townhouses and more than 20 bars and restaurants.