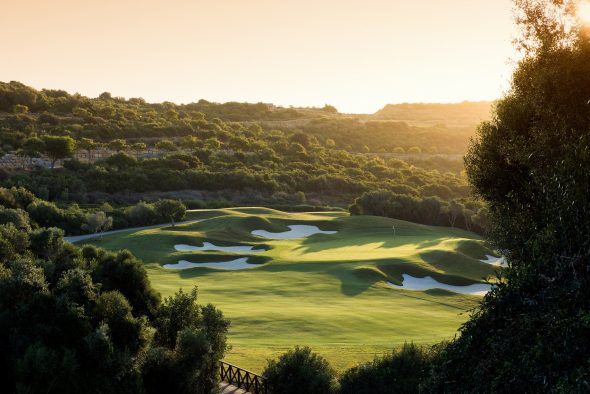 Finca Cortesin Hotel, Golf & Spa will put ladies’ golf in the spotlight again next month when the exclusive Spanish resort takes part in the global Women’s Golf Day for the second year running.

Female golfers of all ages and abilities are being invited to join in a fun-filled afternoon on and off the golf course at the award-winning Andalucian resort to help celebrate the worldwide event on Tuesday, June 5, to be hosted by the resort’s LETA touring pro Noemi Jimenez – who won the recent VP Bank Ladies Open.

Costing €50 per person, players can enjoy either a two-hour lesson at Finca Cortesin’s state-of-the-art Jack Nicklaus Golf Academy or opt for nine holes on the resort’s 18-hole championship course – rated as one of the top layouts in Spain.

And, after spending the afternoon honing their swings, everyone taking part will then have the opportunity to relax in style with a cocktail at the golf clubhouse.

This year’s Women’s Golf Day – the third time it has been staged – is set to be the biggest yet with 700-plus venues in 46 countries expected to take part on June 5. More than 29,000 ladies and girls participated in the event last year and the number is likely to be even bigger next month.

Opened in March 2006 and set across a vast 532-acre estate, Finca Cortesin is regarded as one of Europe’s most exclusive modern golf and lifestyle destination resorts.

In addition to the resort’s championship golf course moving into the top 20 of the Top 100 Golf Courses’ European rankings list for the first time in its history, Finca Cortesin was recently named as the ‘Best Golf Resort in Europe’ by users of the respected website Leadingcourses.com, while its elegant Hotel Cortesin was ranked in the best 50 hotels in the world by Condé Nast Traveler UK magazine.