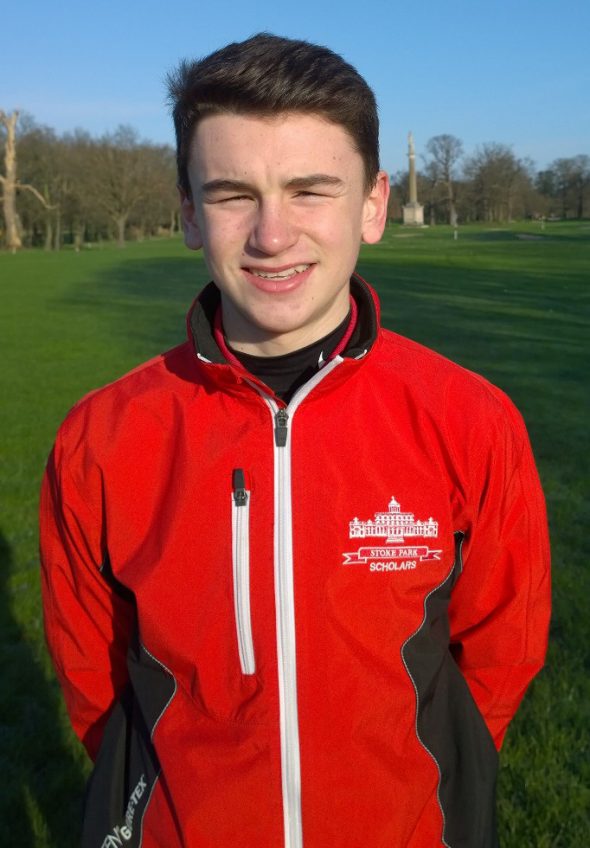 Stoke Park’s reputation as one of the UK’s premier golf clubs for juniors has been further enhanced after rising England star Conor Gough claimed his second major win of the summer with victory at this month’s English Boys’ Under-16 Open Amateur Stroke Play Championship at Kedleston Park in Derbyshire.

Having won the Fairhaven Trophy earlier in the season, Gough showed why he has been earmarked for future stardom as he birdied four of his last six holes to win the prestigious McGregor Trophy by one shot from Yorkshire boy champion Ben Schmidt.

The teenager’s latest success puts him in illustrious company with the likes of world number three Justin Rose and Edoardo Molinari – brother of new Open champion Francesco – among the names to have won the 72-hole event, one of golf’s most sought-after under-16 titles.

Clubmates Taylor Paul and Tom Gregory further demonstrated Stoke Park’s strength in depth by also qualifying for the national tournament, with Paul also impressing as he finished in a tie for 14th place.

And the Buckinghamshire venue has plenty to look forward to with its girls’ section as well with a number of players showing immense promise including Daisy Kennedy, who carded two rounds of 71 on her way to finishing joint 16th at this month’s English Women’s Amateur Championship at Wilmslow Golf Club in Cheshire.

Stuart Collier, director of golf at Stoke Park, said: “It’s been another great summer so far for our juniors and to see them succeed on the national stage is a source of enormous pride for the club. This is a golden period for junior golf at Stoke Park and, with the investment that we’ve made in our facilities and coaching team, we’re looking forward to celebrating more success in the future.”

Gough is one of English golf’s rising stars and his victory is a ringing endorsement for Stoke Park’s junior academy which, under the guidance of golf professional Tom Reid, has claimed a number of notable successes over the last 18 months.

And the historic club, which boasts 27 Harry Colt-designed holes, is adding further to its world-class facilities this summer by opening the Leadbetter Golf Academy European Headquarters. Leadbetter, who has coached players to 22 Major championships and more than 100 individual worldwide tournament victories, has more than 30 academies across the globe and the Stoke Park Academy will be the 13th to open in Europe.

Gough’s prospects of victory looked slim as he stood on the 13th tee of his final round five shots off the lead but he launched a stunning late comeback, birdieing the 13th, 15th and 17th holes before completing an amazing turnaround by holing a 25-foot putt on the last green.

He said: “I knew I had to do something special. I hit good shots and the right shots at the right time and I played really well under the pressure.”

Voted the number one golf resort in England, in the inaugural Golf World ‘Top 100 Resorts in UK & Ireland’ ranking, Stoke Park – one of just two five-AA Red Star golf clubs in England – features 27 holes and a thriving golf club with around 850 members. Its numerous facilities include a state-of-the-art health club, spa and pool, 13 tennis courts, and three restaurants and bars, including the three AA rosette fine dining Humphry’s.