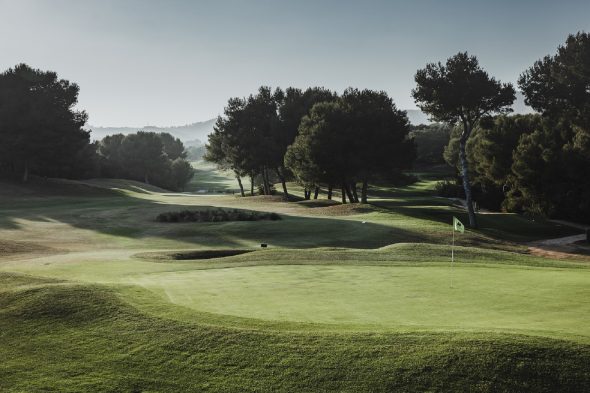 A favourite with players and the golf industry alike, La Manga Club’s West Course has confirmed its reputation as one of the continent’s best venues after being named in an updated list of the top 100 courses in Europe for the first time.

The newest of La Manga Club’s three 18-hole layouts, the 6,347-yard, par-72 West Course was opened in 1996 and provides the ideal contrast to its older siblings at the resort – the North and the South, a five-time host of the Spanish Open.

All courses were assessed across nine categories – design, condition, consistency, setting, playability, challenge, variety, routing and charm – with the West Course scoring particularly highly for its level of variety, challenge and charm.

The magazine’s top 100 judging panel said: “(It is) much more exciting and challenging than other feted courses. (There is) real personality within this tight, pine-lined course on raunchy terrain. (It’s) anything but bland resort fayre.”

Nick Montgomery, general manager at La Manga Club, said: “It’s a real pleasure to see the West Course ranked alongside some of the most famous names in European golf.

“The course might get overlooked sometimes by our guests because of its location away from the hotel and up in the hills, but that is what makes it so special and sets it apart from the other two courses. It has a character all of its own and is one of the unsung stars of golf at La Manga Club.”

Nestled in an exclusive corner of Murcia in south-east Spain and three times the size of Monaco, La Manga Club – named ‘Europe’s Best Golf Venue’ at the World Golf Awards in 2017 and 2018 – has been a favourite destination of golfers worldwide for the last five decades.

Golfing legends Gary Player, Arnold Palmer and Seve Ballesteros all figure prominently in the resort’s illustrious history. Its extensive facilities including three 18-hole golf courses, a nine-hole, par-47 academy course and a first-class golf training centre, while the venue will celebrate a new honour next April when it hosts amateur golf’s prestigious 2020 Bonallack and Patsy Hankins Trophies for the first time.

In addition to golf, the resort’s boasts an array of other world-class facilities including a 28-court tennis centre, a 2,000sqm Wellness Centre, a choice of a five-star hotel, four-star serviced apartments and townhouses and more than 15 bars and restaurants.