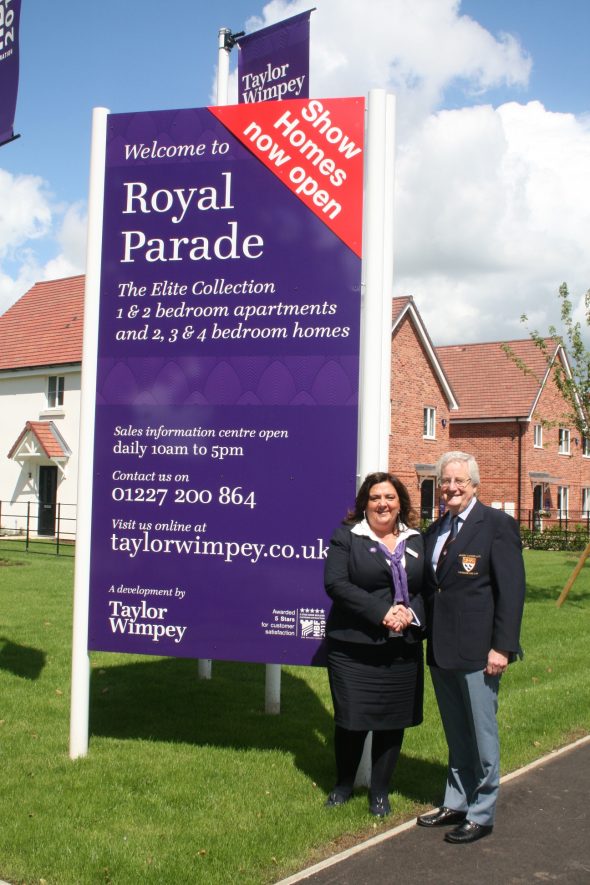 Kent’s Canterbury Golf Club have announced Taylor Wimpey as the official headline sponsor of the hugely successful annual Open Festival Week, this year running from the 7th to 14th July.

The Festival of Golf Week is one of the biggest in the south of England with nearly 1,300 golfers enjoying the mix of scratch, veterans, mixed and team competitions being played throughout the week.

Jason Stokes, Sales and Marketing Director of Taylor Wimpey South East, says “We are committed to giving back to the local communities in which we are building and are proud to be the main sponsor of Canterbury Golf Club’s Festival of Golf Week. The event is set to bring golfers from around the region together and we wish all competitors the best of luck.”

Taylor Wimpey’s Royal Parade development is located on the grounds of the former Howe Barracks site on Littlebourne Road and offers a range of two bedroom apartments and two, three and four bedroom houses. Up to 500 homes will be provided as part of the redevelopment of the barracks, as well as a community orchard, new equipped play areas and sports pitches and 11 acres of park land, known as Howe Park. Three of the original buildings, the gymnasium, chapel and small arms trainer, will be retained as part of the redevelopment of the barracks and will be transferred into a trust for community use. More information about Royal Parade is available at www.taylorwimpey.co.uk.

Club President Keri Mathias-Williams said “We are extremely pleased that a company of Taylor Wimpey’s stature is so keen to work with us and the local community. Their development looks like being a wonderful addition to the area and I gather some of our members might already be looking to move to Royal Parade in order to be on the doorstep of their club,” he continued. “Our Festival week is very popular with golfers entering from all over the south of England, and thanks to Taylor Wimpey and our co-sponsors we are looking forward to another hugely successful week”

This year is another record year for entries and the club is as always indebted to our co-sponsors Strata, Barretts, Shepherd Neame, Wingham Timber, Go Kart and new to this year, Biffa.

Results for each day’s competition will be posted via the Canterbury website www.canterburygolfclub.co.uk Canterbury Golf Club is a Harry Colt-designed course, owned by its members and situated less than a mile from the city centre.