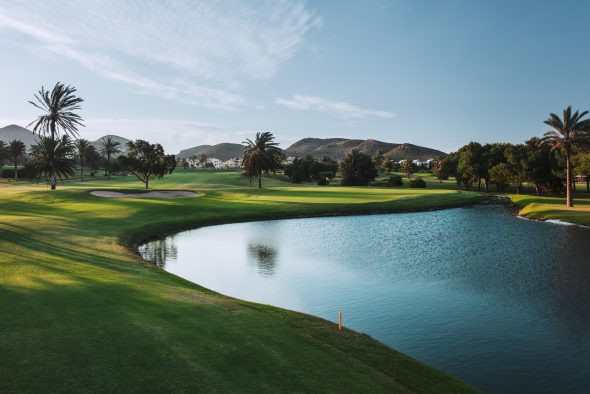 La Manga Club has been handed a new honour after being selected to host the opening event of the 2020 Staysure Amateur Tour, with Europe’s most popular amateur golf tour set to return to Spain’s flagship resort later this year.

Taking place from October 31 to November 4, the 72-hole ‘La Manga Classic’ offers players the chance to enjoy the same first-class golf and leisure facilities that have made the venue such a household name in world golf – with  four-night, four-round packages starting from £858 per person.

The 2019 Staysure Amateur Tour featured some of the most celebrated names in the game including Royal Portrush, venue for this month’s Open Championship, 2019 Irish Open host club Lahinch, Royal County Down, Sunningdale and Royal Liverpool.

And the line-up for next year is shaping up to be just as strong, with leading courses in Australia and three of Dubai’s top venues – regular European Tour hosts Jumeirah Golf Estates, Dubai Creek and the Emirates Club – just some of the clubs joining La Manga Club on the schedule.

Set in a privileged corner of Murcia and three times the size of Monaco, La Manga Club – named ‘Europe’s Best Golf Venue’ at the World Golf Awards the last two years – is hugely popular with golfers from the UK, Europe and beyond, with its extensive facilities including three 18-hole golf courses, a nine-hole, par-47 academy course and first-class golf training centre.

Open to all male and female golf club members with an active CONGU handicap or overseas equivalent, the November event includes four rounds of golf  – two each on La Manga Club’s acclaimed North and South courses – and will be scored on an individual Stableford points basis with competitors playing off their full handicaps.

An array of prizes will be awarded to the players with the best scores after each round, while the overall tournament champion will win automatic qualification to the 2020 Staysure Amateur Final.

As well as golf, players will enjoy four nights’ accommodation in either La Manga Club’s four-star Las Lomas Village or five-star Hotel Principe Felipe. Non-golf packages are also available to book with all prices – which are based on two people sharing a room – including complimentary access to the facilities at the luxury Wellness Centre, plus the opportunity to experience the resort’s array of other sports and leisure amenities, including a choice of 15 bars and restaurants.

First launched in 1997 as the European Amateur Golf Tour, the Staysure Amateur Golf Tour provides amateurs with the opportunity to play competitive golf at some of the world’s top courses. Following a successful 2019, next year’s tour is again set to feature events at 30-plus world-class golfing venues, with each event contributing to an overall Order of Merit table.

As well as featuring many of the UK’s top golfing venues, the Tour also offers gives amateurs the chance to experience some of the most exclusive courses in Europe, North America and Australasia.

For further details about La Manga Club and to book, go to www.lamangaclub.com